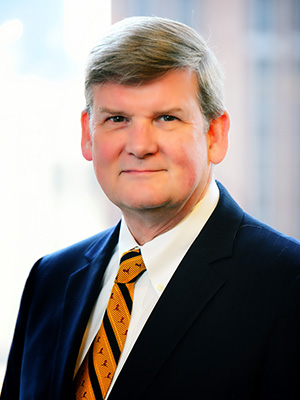 Paul G. Juettner is an intellectual property attorney with nearly four decades of experience in all aspects of trademark, patent and copyright protection and enforcement.  He is of counsel to Greer, Burns & Crain in Chicago.

Paul focuses his efforts primarily on international intellectual property portfolio creation and management, and he has consistently helped GBC clients grow their businesses and their IP portfolios domestically and internationally.

In 1981, Paul was awarded a Juris Doctor degree with High Honors from the Chicago Kent College of Law. Later that year he was admitted to practice law in Illinois and became a registered Patent Attorney before the U.S. Patent and Trademark Office.

For 20 years Paul practiced all aspects of intellectual property law with his father, Thomas R. Juettner, at their firm Juettner, Pyle and Piontek, where Paul was the managing partner. In 2000 the Juettners joined GBC.

Paul is active in the Illinois Bar, IP law associations both in Chicago and internationally, and within the community.

He also co-chaired the Parish Council and building committee at St. Mary of the Woods parish in Chicago.

He is an avid fan of baseball, barbeque and blues music.