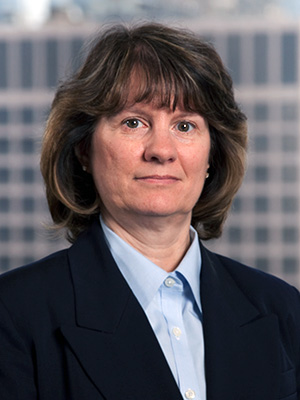 Patricia Prior is a partner with Greer Burns & Crain in Chicago.

Ms. Prior has been a lecturer for Patent Resources Group’s “‘Designing Around’ Valid US Patents” course since 2000.

She is a former adjunct professor at the Ohio State University College of Law, New York University School of Law, and Capital University Law School in Patent Law, Patent Prosecution, and Patent Litigation.

She clerked for the Hon. Edward S. Smith at the United States Court of Appeals for the Federal Circuit from 1986-1988.

Ms. Prior received an LL.M in Trade Regulation from New York University School of Law in 1998.

Before that, she received a B.S. in Chemical Engineering from the University of Notre Dame in 1981. She worked as a research engineer for a multinational company for several years before attending law school.